EVs in the Twin Cities: Carver 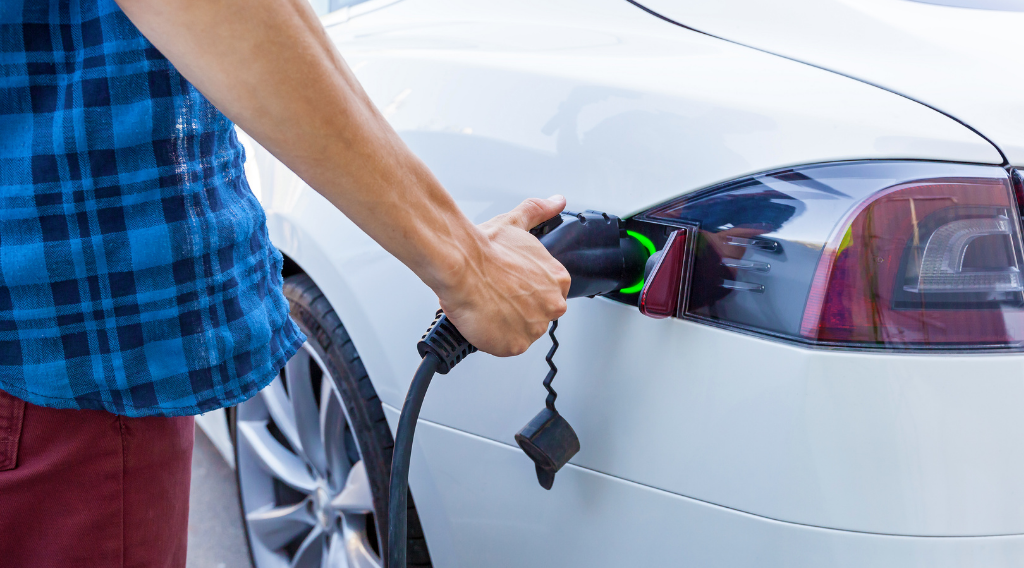 Carver, Minnesota is a town of about 5,200 people located in the Minneapolis-St. Paul metropolitan area and has recently made big strides in fleet electrification. I caught up with Erin Smith, the community development director for the City of Carver, to hear about the progress Carver has made in electrifying their fleet.

This post is part of a series of interviews with staff of Minnesota cities that are transitioning fleet vehicles to EVs. Cities interested in EVs can learn from the experiences of these cities, including Carver, Eden Prairie, Faribault, and Woodbury. Cities can also use the City Resource Database to find and connect with Minnesota cities that have incorporated EVs and EV charging infrastructure.

The City of Carver only has about 8 to 10 light-duty vehicles in their fleet, making it impressive that they recently transitioned one to a plug-in hybrid electric vehicle (EV). The plug-in hybrid EV is a part of the city’s Community Development Department and is driven by a building inspector.

Smith learned about fleet electrification in her role on the Metro region Clean Energy Resources Team (CERT) steering committee. While on the steering committee, she heard about how cities in the region were working towards fleet electrification through the Cities Charging Ahead peer cohort. Smith realized that EVs could be an option for Carver and that moving to EVs may not be as hard as it seemed.

At a biannual city strategic plan meeting, staff are asked to bring up three big ideas they would like to see accomplished. Smith saw this as an opportune time to suggest fleet electrification and that the next building inspection vehicle should transition to electric. Both joining GreenStep Cities and mentioning fleet electrification as a part of Carver’s strategic plan helped pave the way for their future purchase of a plug-in hybrid EV.

Of the two vehicles in the Community Development Department, one was a three-quarter-ton pickup truck. The building inspector found the pickup unwieldy to navigate for the tasks it needed to perform. They identified that vehicle as the ideal candidate for upgrading to an EV.

At first, they struggled to gather all the information needed to pick out the EV model that would work best for the department. Smith called Diana McKeown, the director of Metro CERT at the Great Plains Institute, and asked for her advice. Diana suggested a plug-in hybrid EV since it operates on both electricity and gas. This reduces range anxiety for users since, in a pinch, they can resort to filling up at a gas station like a traditional car. The city chose a Mitsubishi Outlander, which is currently the only plug-in hybrid available on the state contract, a program cities can use to receive lower pricing on select vehicles. “The Outlander was a good step for us to dip our toe into the water of fleet electrification,” reflects Smith. “It felt obtainable and easy to communicate about.”

Before making their final choice, Smith reached out to other cities like Eagan and Woodbury, who have Outlanders in their fleets, and received high recommendations for the vehicle. Once they completed the research phase, Smith brought the proposal of purchasing the vehicle to the council.

The time laying the foundation for electrifying Carver’s fleet and starting the conversation early paid off. Four out of five council members approved the purchase, including support from one very active council member who recently switched to an EV for their personal vehicle. The vehicle they replaced was passed onto the Carver Fire Department, which needed a truck for their operations.

When fleet electrification was first mentioned in Carver, it was met with some resistance due to a lack of understanding about EV technology and how accessible it can be. However, over time, the idea became more accepted with education and discussion. The building inspector, who drives the vehicle daily, was at first hesitant about the switch but now feels comfortable and confident when driving the car. Smith reveals, “The building inspector is a truck guy, and he loves the car. He drives his huge pick up from home every day, hops in the Outlander at work, and absolutely loves it.” Some of the council members even came to test drive the plug-in hybrid vehicle because they were excited about its arrival. In fact, the successful and smooth transition to a plug-in hybrid EV is making Smith rethink her personal vehicle!

Since the plug-in hybrid EV can easily be charged using a typical household outlet, or Level 1 charging, it wasn’t necessary to install a charging station. As a part of the deal with the Fire Department to pass on the truck, Smith requested permission to park the new vehicle at the fire station in an indoor parking bay that has access to an outlet.

Advice for Other Cities

Smith found that the most helpful part of the entire process was talking with other cities that are using similar vehicles and hearing about their experiences. When bringing the proposal in front of the city council, it was incredibly helpful to be able to point to those who currently have the vehicle and their success. Smith advises cities to start the conversation about fleet electrification early, so it’s not being brought up at the last minute.

Additionally, setting goals surrounding electrification (Carver joined GreenStep Cities and had EVs mentioned in their strategic plan) is very helpful when it comes time to getting purchase approval for the vehicles. Goals enable cities to fall back on previous conversations and commitments that have already been made.

Smith hopes that Carver’s successful experience incorporating an EV into their fleet can inspire and support other cities making the same change. She wants to break the culture that an EV is “less than” because it is not, commenting that “in a lot of ways it’s equal if not better.” Carver is interested in adding more EVs into their fleet in the future. When the Community Development Department needs another vehicle, Smith will not hesitate to buy another plug-in hybrid or even an all-electric vehicle.

Connecting with cities like Carver, which have made great strides in fleet electrification, could be helpful for your city’s journey. Use the City Resource Database to find and connect with Minnesota cities that have purchased EVs, installed charging infrastructure, and more.